Guest blogger and client Sophia Curio wrote this trip review of her long weekend in Las Vegas.   (You can read her other trip reviews about Iceland and Anchorage, Alaska here.)  If you’ve ever wondered how to spend a weekend in Las Vegas without even going to the Strip and the casinos, check out these suggestions!

Been to Vegas before and looking for something new? Or perhaps you’re tempted by a cheap flight but not sure if it’s up your alley? On a recent trip to see a friend, we took advantage of a few off-strip opportunities that you may want to consider on your next trip!

This incredible park is located about an hour outside of Vegas, and it’s well worth renting a car for the day! You’ll see amazing rock formations, layers of multicolored stone and centuries-old petroglyphs. It’s named for the red sandstone formations. We also got to see some Bighorn Sheep in the rocks! There is a visitor’s center with maps and extensive information about the park shortly after you enter. You drive through the park and can stop and explore as you see fit (keeping on designated paths and approved parking areas!). The landscape is stunning!

There are different pull-offs throughout the park, and due to the shifting rock types and formations, the scenery can be quite different from the previous spot! We were also lucky enough to spot some Bighorn sheep as well.

Be prepared and take plenty of water, and if you go in the summer, we recommend early in the morning and perhaps limit yourself to short walks from the car. There are warning signs reminding you to be safe in the heat — you can be affected sooner than you think. During cooler weather, there are longer hikes you can do, but these are not recommended in the middle of summer – the temperature was 103 degrees when we visited ,and can reach up to 120 during that time of year! It was completely worth going though – we got there at 9 and stayed till about 12, and if I did it again, I would get there even earlier to beat the heat and see a little more.

Located in downtown Las Vegas, this fairly new museum is full of information about organized crime in America, including Vegas’ role — in fact, the building itself houses the old courthouse where some of the famous 1950s trials were held by the US Senate against the mafia. We spent a few hours there and learned a TON! There are some pretty graphic crime scene photos, so I wouldn’t necessarily recommend this with young children, but all four of us enjoyed it immensely and learned a lot! You can see various artifacts, letters, photos, and memorabilia from that time. Tip: buy your tickets online to save $4 off regular admission! Also, there is a “Mob Attraction’ exhibit at one of the casino hotels — they are two separate unaffiliated things so make sure you are checking which one you are buying tickets for!

Photo courtesy of the Mob Museum.

On the side of the highway just outside Vegas is a 2-year temporary art installation called Seven Magic Mountains. These colorful boulders are stacked over 30 feet high and are a stark contrast to the desert landscape. There’s a small parking lot where you can pull off and park if you’d like to get up close and check out the artwork!

Yes, we put a Donut shop on this list. Also located in downtown Vegas, this shop only stays open as long as they’ve got fresh donuts — and if you wait til too late in the day they’re usually sold out. It’s not hard to see why. It’s worth an early morning trek to buy the fresh, oversized donuts — we tried their “French Toast Donut” (complete with powdered sugar and maple syrup) as well as their “Maple Bacon Cinnamon Roll.” I don’t even normally like donuts and I was in heaven. They have a little outdoor area you can sit to enjoy some coffee and your breakfast. Hey, it’s not the healthiest — but it was definitely a memorable experience!

We took advantage of a Groupon deal to go — it’s about 10 minutes off the strip, and gives a very detailed overview of the Nevada Testing Site and surrounding atomic testing and development during the Cold War. It can be a little technical, and it doesn’t have the same caliber of exhibits as the Mob Museum, but it was still interesting and wasn’t a bad way to kill an hour or so during the hottest part of the day during an August trip.

courtesy of the Atomic Testing Museum

Their docents are volunteers who worked on atomic testing themselves, some during the 1950s! It comes with free admission to their “Area 51” exhibit, which is a little sensationalistic, but at least adds some additional exhibits regarding alien life and UFOs, if you’re interested in those kinds of things. If I could only pick one, I’d recommend the Mob Museum over this though.

Other items that we considered but needed to save time for on the next trip including Mt Charleston, Red Rock Canyon, and a kayak trip down the Colorado River. Guess we’ll just have to make a fourth trip at some point! After our “non-Vegas weekend” at a friend’s house, we finished with a day and a night on the strip at the Monte Carlo on the strip. We ended up seeing Criss Angel’s ‘MindFreak Live” show (which was mind-blowing!), and finished off our trip with some relaxing pool time as well.

Hotel Tip: For those of you who are Hyatt Gold members, a reminder that you can match your Hyatt status to MLife — we matched from Platinum to MLife Gold and had free parking and access to the lounge at the Monte Carlo, which was great for some coffee and bottled water throughout the day! (Note: The Monte Carlo will be undergoing a massive, 2 year renovation starting in October — so keep this in mind if you are planning on booking there in the near future and check on pool closures, etc).

This was our third trip to Vegas, and we really loved branching out and experiencing some adventure off-strip this time!! Our favorite was the Valley of Fire State Park, so we’re looking forward to returning and checking out the parts we missed!

Have you been to Las Vegas and experienced a fantastic time off the Strip?   Let us know any other travel suggestions you have! 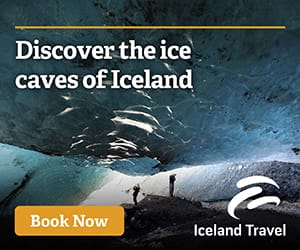